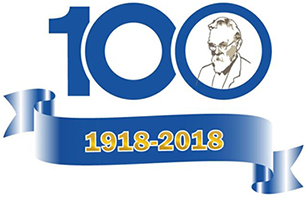 Annex 7.3 To the Rules of Admission to V. I. Vernadsky Taurida National University in 2019

Admission to the V. I. Vernadsky Taurida National University of foreigners and stateless persons

Admission to the V. I. Vernadsky Taurida National University applicants and stateless persons are carried out in accordance with the Laws of Ukraine "On higher education", "On the legal status of foreigners and stateless persons", "On foreign Ukrainians", "On refugees and persons in need of additional or temporary protection", Presidential Decree Of June 3, 1994 No. 271 “On measures for the development of economic cooperation of the regions of Ukraine with the adjacent regions of the Republic of Belarus and the administrative-territorial units of the Republic of Moldova”, resolutions of the Cabinet of Ministers of Ukraine No. 264 of February 26, 1993, “On Education of Foreign Nationals in Ukraine”, dated September 11, 2013, No. 684, “Some Issues of the Recruitment Kit for Foreigners and Stateless Persons,” by Order of the Ministry of Education and Science of Ukraine of November 1, 2013, No. 1541 “Some Issues of Organization of Recruitment and Training (Internship) of Foreigners and Stateless Persons”, registered at the Ministry of Justice of Ukraine on November 25, 2013 under No. 2004/24536.

Foreigners and stateless persons (hereinafter referred to as foreigners) who come to Ukraine for study purposes, enter the V. I. Vernadsky Taurida National University for accredited educational programs (specialties).

Enrollment of foreign students to study at V. I. Vernadsky Taurida National University persons can be carried out:

• twice a year, before and at the beginning of the academic semesters (but not later than November 1 and March 1, respectively), to earn bachelor's, master's degrees;

• during the year to study at the preparatory department;

• during the year for postgraduate studies.

The University considers the points of the document on the previous level of education obtained when calculating the entry points.

Enrollment of foreigners for the bachelor's degree is carried out on the basis of entrance examinations in certain subjects (Appendix 7.3.1) and the language of study and on the basis of the academic rights for continuing education provided by the document on the obtained level of education in the country of origin, and taking into account the points of success, which entitle them to continue their studies at the next higher education level, in accordance with the law of the country which issued the diploma.

Enrollment of foreigners for the master's degree is carried out according to the results of entrance tests in accordance with Annex 7.3.2.

All categories of foreigners entering the study program are enrolled at the University on the basis of enrollment orders, which are formed in the Unified Base.

The rules of admission to the University regarding the deadline for admission, entrance examinations, creative competitions and admission apply to foreigners and stateless persons.

Foreign Ukrainians who are legally resident in Ukraine and whose status is certified by a certificate of a foreign Ukrainian enjoy the same educational rights as citizens of Ukraine, except for those established by the Constitution of Ukraine, laws of Ukraine or international treaties. the obligation of which is vested in the Verkhovna Rada of Ukraine. This category of persons has the right to participate in the competition for public procurement within the limits of quota 3.

In order to enter the preparatory department for foreign nationals, a candidate for training must receive a formal invitation to study for entry into Ukraine. Enrollment of students in the preparatory department for the study of the state language or language of study, as well as for the acquisition of postgraduate education, training, internship is carried out on the basis of the selection committee's decision on the results of studying it documents provided by the entrant, and is issued an order for enrollment in the subsequent registration UDCMO MES of Ukraine.

The Educational and Scientific Center of International Education is engaged in the organization of study, accommodation, medical care of foreign citizens at the University. The structure of the National Center for Non-Governmental Organizations has a Passport-Visa Service, which deals with the extension of the stay of foreigners in Ukraine, as well as the Preparatory Department for Foreign Citizens, which provides for the preparation of foreigners for admission to study at the V. I. Vernadsky Taurida National University, as well as in other ZVO of Ukraine.

Upon arrival for study, foreigners must submit to the Educational and Scientific Center for International Education the following documents legalized in due course:

• a statement addressed to the Rector of the University;

• original and translation of the first page of the passport (name, surname) into Ukrainian, notarized in Ukraine;

• an original and a copy of the educational document and assessment marks (diploma or diploma) obtained in the academic subjects, translated into Ukrainian and notarized in Ukraine;

• document on the absence of HIV infection;

• a medical certificate of health status, certified by the health authority of the country from which the foreigner came and was issued no later than two months before entering Ukraine;

• return ticket with an open departure date of 1 (one) year to return home.

After enrolling for study, foreigners at the International Science Education Center should:

• to draw up a contract for the provision of educational service (training) (within ten days after enrollment);

• to pay tuition fees (within ten days after enrollment);

• extend the stay in Ukraine;

• carry out the procedure of nostrification of educational documents

at the Ministry of Education and Science of Ukraine during the first semester of study.

The stay in Ukraine is prolonged in the bodies of the State Migration Service on the basis of a written request from the University, which prepares the Educational and Scientific Center for International Education. The application must be submitted no later than ten working days after the date of submission by the foreigner of his national passport (or the document replacing it) to the University.